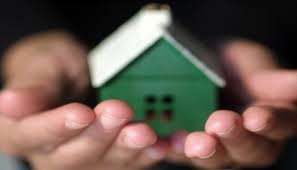 As a survivor of “The Life” of Sex Trafficking here in the States I know first hand how difficult it is to get out and stay out for good. The many times I escaped from my pimp I would find myself alone, scared, with no where to go. Often times I would pack up my stuff and secretly leave when he wasn’t home. I would end up going to my parents house and when he figured out that I was gone – he knew right where to find me. He would drive there and call me outside with promises of “changing” his brutal behavior and tell me how much he loved me and then in the same sentence tell me I was a no good “ho” and that no one would ever love me like he did. He would also place lots of doubt in my mind by saying things like “how are you ever going to survive out there in the square world on minimum wage?” I’ve heard the saying – “Nothing changes if nothing changes” and these short stints of bravery and freedom happened so often that my parents stopped helping me carry my belongings into the house. I went back home with my pimp because I so desperately wanted to believe him and see him change.
Needless to say, every time I did, the same abuse and torment would happen. I was emotionally trapped under his power and control, along with my own feelings of shame. Other times I would have the horrible thought of opening the car door while he was driving and just roll out with the hopes of dying instantly. I was too scared to do that but another tactic I used was to run out of the house during arguments and physical violence. On one occasion I ran out barefoot to the corner store and hid behind a stack of newspapers. After I saw him drive by, looking for me, I found myself with nothing. No money, phone or shoes. I had to return home knowing full well when he got back I would get beat even worse. This went on for five long years until I finally found the courage to get my own apartment and leave him for good. I found my way with lots of struggles but what I really needed was a safe place where I could slowly start to rebuild my life.
What about the girl that doesn’t have her parents house or a safe place to go? She stays trapped in the situation because she has a lack of options or gets herself into worse situations because she is just trying to survive the life. These questions haunt me when I consider the limited number of Safe Housing programs for survivors of trafficking in the United States. According to Polaris Project there is estimated 244,000 American children and youth estimated to be at risk of child sexual exploitation, including commercial sexual exploitation. Sadly, most of these children that become trafficked end up staying in “the life” for many reasons and if they “age out” of the system it is difficult to get them services because they are now adults. This is a problem when there is currently only 529 shelter beds designed exclusively for Human Trafficking survivors (Not even Sex Trafficking) and 1,115 shelter beds that serve Human Trafficking survivors and other populations.
I recently worked at a Safe House in the Boston area and have experienced the difficulty of not having enough funding to run an efficient program. We did the best we could do with limited funds and a lot of hope. I would have conversations with Victim Advocates and they would want to refer women to the program but when the issue of money came up – they would admit, “there is none”. Interestingly enough this industry is more profitable than drug and gun trafficking, but there is no money to support the people in the recovery process. Why is that? I think it has to do with the fact that we have given so much attention to other social issues and have failed to realize the enormity of this modern day tragedy.

After some research and to my amazement I learned that there are 13,600 community animal shelters nationwide and while I was on a webpage I saw an advertisement to help “feed a sheltered pet” for .60 cents a day. It occurred to me, that we as Americans may give more attention, help, love and money to sheltered animals than to somebody’s beloved daughter, niece or sister. I realize that this issue has just began to receive national attention. I also understand that housing is expensive in certain parts of the States but I believe this is the first step for what is needed if we are to help women recover and heal from the trauma that they have been through. Designing comprehensive programs where victims can become true survivors and leaders in the movement if that’s what they choose. A safe place where they can start to dream again and create the life they imagined as little girls. A place where community is valued and healthy relationships are encouraged. I write this in the hopes that people will wake up and realize that Sex Trafficking and Slavery is an age old issue but comes with current, debilitating and complex trauma. Safe Housing needs to be addressed with compassion, understanding and funding.