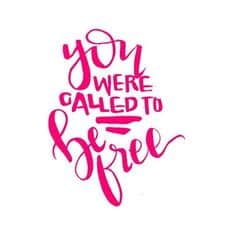 Brothels, massage parlors, karaoke bars, and escort services—the Life was her default mode of life that was always pulling her back and also tempting her to fall back to whenever she tried to be her own, whispering to her ears that it was where she really belonged.  Men always abused her and treated her as a sexual object anyway; ‘at least now I’m getting paid for it,’ she told herself, trying to convince herself that it wasn’t too bad and perhaps it was better.

But it was a life of darkness and utter hopelessness.  She thought maybe she would end it all by taking her own life.  And she tried a few times—in vain.

Meanwhile, by God’s grace she had a chance to attend a local church a few times and was even baptized at one point; though, not before long, she drifted away from the church and God and soon relapsed back to the Life.  Nevertheless, God was faithful and one day when she was contemplating a suicide again, God brought to her mind Christ in whose name she was baptized. There is a power in the name of Christ. At least she quit trying to kill herself from then on.  And slowly she began reading the Word of God, and as the seed of the Word took root in her heart, she became convinced of the evil and sinfulness of the Life and resolved to get out of the Life for good. And Christ delivered her out of the Life and redeemed her.  And she accepted Christ as her Lord and Savior.

Not before long, she started serving God at a local church and became involved in anti-trafficking works.  She firmly believes that the inherent dignity and inviolability of a human person lie in the fact that all women and men are created in the image of God.  She also believes that it is only through the power of Christ the bondage of evil can be broken and only by His light the darkness can be overcome. And she is a witness to the power of redemption that is in Christ.

She is currently studying at a seminary pursuing her M. Div. degree and also helping other women exploited by the sex industry at a non-profit Christian organization.  God has blessed her with a good Christian man with whom she has been married for four years now.

← My Journey: Seasons Of Healing (Who I am today) So much to be Thankful for! →